Why are blockchains increasingly becoming part of how we make purchases? Most people have heard of Bitcoin at this point and know well about trading cryptocurrencies. The main reason for the onset of cryptocurrency is due to foundational infrastructure opportunities in our institutions. Furthermore, the financial crisis in 2007 created distrust in our systems, so blockchains were developed as an alternative.

Blockchains are shared, secure, public ledgers that create trust between parties while maintaining privacy. The block is a list of transactions distributed in a peer-to-peer network. At its core, a blockchain is a data structure. Nodes on the network work together to verify transactions in the block. Due to the importance of these ledgers, one would ascertain that scalable technologies in the cloud would be advantageous. It just so happens that Microsoft Azure Cosmos DB supports traits which can help optimize blockchain technology. 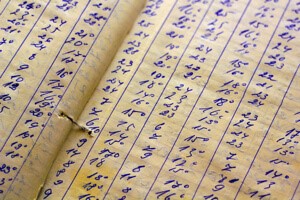 The distributed ledgers inside the blockchain function in the same manner as the ledger at a bank. Cryptocurrencies like Bitcoin utilize ledgers that consist of account numbers, transactions, and balances. When you submit a transaction to the blockchain, you are aggregating information to the ledger, such as, where currency is coming and going to. Each blockchain technology has its own ledger, and various ledgers work differently. However, most blockchains have similar characteristics.

Azure Cosmos DB can be used in scenarios with existing analytics tools to support analyzing ledger records, in hopes of unlocking business insights.